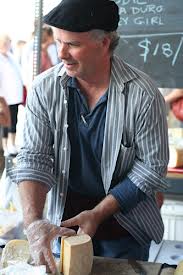 Bob Sweitzer and Sharon Tomaselli started making cheese as Cooperstown Cheese Company nearly three years ago, but in that short time were able to develop a wonderful alpine style cheese and win a second place ribbon at the American Cheese Society annual competition in 2009. Toma Celena, named after the first person to taste it and love it, is a very complex semi-hard and natural rind cheese that is nutty and fragrant, yet has slightly sweet undertones. The flavor lingers and is bold enough to match well with meaty red wines and broad enough to match well with spicy brews.

In mid-January of 2013, Bob and Sharon received a call requesting that they send 40 pounds of Toma Celena and Jersey Girl cheese to the White House, because their cheese was selected to be served at the Presidential Inaugural Luncheon on January 21, 2013.  To say they were stunned is an understatement.  You can purchase their "White House Collection" to serve at your home to your family and friends.